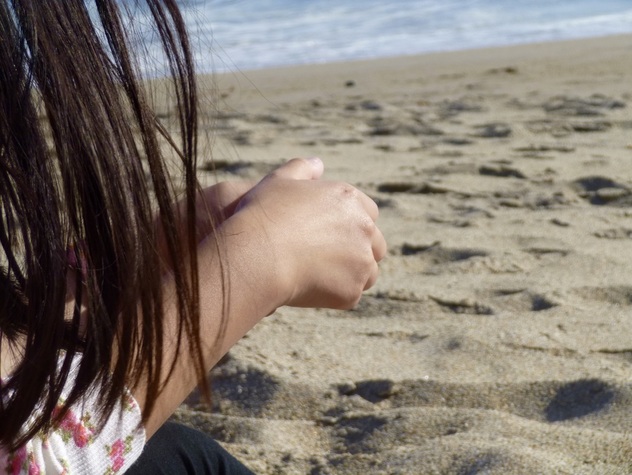 In 2013, the Rana Plaza building collapsed in Dhaka, Bangladesh killing 1137 garment workers.  Cracks had been spotted in the side of the building, but fearful workers were forced inside by paid gang members.  The standard hours worked by the 3639 garment workers was 13-14 1/2 hours per day.  They received 2 days off per month.  Senior sewers earned $12.48 per week for their 90-100 hours of service.  ~Institute for Global Labor and Human Rights via

According to the International Labour Organisation, there are approximately 152 million child laborers + 24.9 million victims of forced labor worldwide. ~Baptist World Aid via
​
In 2015, Behind the Barcode reported that 48% of brands hadn't traced their supply chains to the factories where their garments were made + 91% didn't know where their raw materials came from. ~Carry Somers via

60-75 million people were employed by the garment industry in 2014, including those who work in textiles, clothing and footwear. This is up from 20 million people in 2000.  ~International Labour Organization and Fashion United via

86% of fashion brands surveyed in a 2015 Behind the Barcode survey were not even trying to pay workers in their supply chains a living wage. ~Carry Somers via

Eight of the top ten pesticides used on cotton are considered moderate to highly hazardous.  ~The World Health Organization via

The key ingredient in the herbicide RoundUp​ is a “probable human carcinogen."  ~The World Health Organization.  via
​
Water:

4 billion people, or two-thirds of the global population depend on water supplies that experience severe water scarcity at least one month of the year.  ~Science Magazine via

100 million gallons of water are used per year by the textile industry.  ~Greta Eagan via

17-20% of global industrial water pollution comes from the textile industry.  ~ The Guardian via

It is estimated that "25% of chemicals produced worldwide are for textiles." ~Kate Fletcher via

Worldwide $2 billion worth of pesticides are sprayed on cotton each year.  ~Greta Eagan via

On average, 1.7 grams of plastic microfibers are released each time a synthetic jacket is washed.  40% of these microfibers make it past the wastewater treatment plant and travel into rivers, lakes and oceans.  ~Bren School of Environmental Science at UCSB  via

85% of human made debris on shores around the world are plastic microfibers.  ~Marke Brown via

Plastics that were mostly made up of these microfibers were found in 67% of the fish tested in a study conducted in California. These fish were bound for human consumption.  ~Chelsea Rochman via

The fashion industry is the second highest industrial producer of carbon emissions, following only the petroleum industry.  ~CarbonTrust via

Up to half of the carbon emissions attributed to the clothing industry can come from home laundering of clothing.  ~Continental Clothing via

80 billion new garments are now made per year.  This is 400% more than two decades ago.  ~The True Cost via

The USA alone creates 10.5 million tons of textile waste that ends up in the landfills per year.  ~Elizabeth Cline via

As of January 2016, Stefan Persson, the son of H&M's founder, was the 22nd most wealthy man in the world with a net worth of $26.7 billion.  ~Business Insider via